Cryptocurrency: A guide for beginners

Cryptocurrency is a bit of a minefield for anyone wanting to wrap their head around it. Due to its high risk and unregulated nature, it isn’t an asset class well suited for a beginner investor.

If you’re new to investing, it might be worth visiting our articles on what are stocks and shares? What are bonds? Or what are ETFs?

In this article though, we'll aim to educate on what cryptocurrency is by explaining some of the main players in the crazy cosmos that is crypto.

Cryptocurrency is a digital currency which anyone can create using encrypted technology. Creators write (or ‘code’) the rules of a crypto using cryptography, which is a computer practice for encoding and decoding data; this is where the name cryptocurrency originates from.

Through another form of technology known as ‘the blockchain’, crypto is also decentralised which means governments, banks and other centralised institutions can’t control it like they can with traditional currencies. Instead, a ‘peer-to-peer network’ called a blockchain is responsible for organising and maintaining its wellbeing, but we’ll expand upon that later!

The main thing to understand is that it’s a currency, so as long as a seller accepts crypto as a form of payment, it can be used to purchase things just like cash. Unlike cash though, you can’t touch a crypto like you can touch a £10 note – think of it like a photo on your computer versus having a physical print.

Once a person or team have created a crypto, they typically outline the long-term vision of their project in a document called a ‘white paper’. A white paper is like the team’s investment pitch to you – what do they think makes their project special, what are its USPs, what are they trying to achieve and who is behind their team are all things you can expect in a white paper.

Now we know (or don’t know still!) what crypto is, let’s look at the obvious; the cryptocurrencies themselves!

There are over 20,000 cryptos, so rest assured we won't be talking through each one. But, we will make sure to cover the main ones.

The coin that started it all? That award goes to Bitcoin.

Bitcoin (BTC) is the biggest cryptocurrency, with a market cap of $$334 billion, at the time of writing. By the time you’re reading this, that figure could be completely different which goes to show just how volatile Bitcoin can be.

Created by anonymous developer(s) Satoshi Nakamoto in 2009, it was the first time crypto technology was used to create a decentralised peer-to-peer currency.

Bitcoin uses a method called proof-of-work (PoW), where computers solve complex mathematical problems to add new data to the blockchain. Every time a Bitcoin miner wins the right to update a block, they receive Bitcoin as reward.

PoW is controversial because of the huge amount of energy it requires: The BBC found Bitcoin currently uses more energy per year than the whole of Argentina! Wow 😨.

Bitcoin has had a rocky road, seeing many booms and crashes during its lifetime. But should you invest? Well, that's not for us to say. But here at some of its pros and cons:

Ethereum (ETH) is an open-source blockchain system that features its own cryptocurrency, Ether. It was first described in a white paper by Vitalik Buterin in 2013, with the network formally launched in 2015.

Ethereum’s mission is to become a global platform for decentralised applications, which enables users worldwide to write and run software that’s resistant to censorship, downtime and fraud.

It basically took the innovative work of Bitcoin one step further.

Whilst both let you use digital money without payment providers or banks, Ethereum is programmable. This means you can build apps that use the blockchain to store data or control what your app can do. Users of Ethereum based apps have the advantage of owning their own data, unlike when centralised programmes are used.

Ethereum is therefore a ‘general purpose’ blockchain that operates like a marketplace for financial services, games, social networks and other apps.

Ether is currently the second-largest cryptocurrency in terms of market cap (current price x coins in circulation) behind Bitcoin.

After two years of development, Cardano (ADA) launched in 2017 and ever since it’s claimed to be the third generation of cryptocurrency. It’s a blockchain network that was ‘peer reviewed’, meaning its entire foundational theory was reviewed by industry experts before undergoing creation.

Whilst cryptos are usually founded after a team creates a white paper, Cardano released its white paper to industry professionals first and made amendments to the roadmap before going into development.

Cardano claims to be the third generation of cryptocurrency. Bitcoin as ‘digital gold’ was supposedly the first generation and Ethereum’s use of smart contracts was claimed to be the second.

Cardano’s founders believes there won’t be one universal cryptocurrency. In a world where numerous cryptos exist, there needs to be an intermediate between all cryptos. They were coined (yes, pun intended) ‘the internet of blockchains’ as they aim to understand what’s happening in all different blockchains and make the experience between using multiple blockchains seamless.

Cardano believes it can solve flaws that Bitcoin and Ethereum have. These are:

Anatoly Yakovenko founded Solana (SOL) and named the project after his favourite beach in San Diego – Solana Beach. Yakovenko lived close to the beach during his time at Qualcomm.

Solana is a blockchain and SOL is the coin which helps the blockchain function by acting as its native currency for transaction fees.

The time it takes to create a new block on the blockchain varies among different cryptos. For Bitcoin, it takes 10 minutes, whilst Ethereum takes 10 seconds. But Solana gets a kick out of being quick – the ‘blocktime’ is 400 milliseconds. Told you, quick.

Solana is able to do this by using the ‘proof-of-history’ model which is why it’s so much quicker than competitors. As transactions happen quickly, network fees are kept pretty cheap. Having cheaper fees is a large reason why many NFT creators have favoured using the Solana network.

Its name comes from the original "doge" dog meme. It was created as a fun cryptocurrency that would have greater appeal beyond the Bitcoin audience.

Dogecoin is mainly used as a tipping system on Reddit and Twitter to reward the creation/sharing of quality content, though Elon Musk has hinted DOGE will have more uses in the future. Teslas? Twitter? Mars? Your guess is as good as mine.

For those that don’t know, Tether (USDT) is the third biggest cryptocurrency, with a market cap of $65 billion.

Unlike other cryptocurrencies mentioned so far, Tether is a stablecoin.

But what’s a stablecoin? Put simply, it’s a cryptocurrency that has some in-built price stabilisation. There are a few ways to achieve this, but Tether’s way has proved to be a success so far. Tether is pegged fiat currencies like dollars and euros, meaning one USDT will always be worth $1, and one 'EURt' will always be worth €1. The price only fluctuates when these currencies do.

With Tether, the aim is to offer all the functionality cryptocurrency has, whilst reducing much of the risk. But there are some other pros and cons to weigh up too.

USD Coin (USDC), like Tether, is also a stablecoin. This coin, though, is pegged to the U.S. dollar.

Every unit of USD Coin is backed up by $1 held in reserve (cash and bonds). It was created by Coinbase as a safe haven for crypto traders in volatile times, and to be accepted by as many wallets, exchanges and service providers as possible.

Cryptocurrency would cease to exist unless it was decentralised.

Being 'decentralised' means the government or other entities don't own or control the thing in question. FIAT (regular money like the pound and dollar) is centralised, whilst crypto is decentralised.

How does cryptocurrency operate if it's decentralised then? Good question. The Answer? The blockchain!

The blockchain is a type of technology that stores data. This data might be somebody sending someone else a cryptocurrency such as bitcoin. Each time this happens, a new block is created to record the transaction. For more info on how the blockchain works, read our guide here.

Wow, that's a lotta blockchain talk. For more info on cryptocurrencies and which blockchains they use here, check out our article!

The blockchain explained. We talk what it is, what it does and why it's the foundation of Web 3 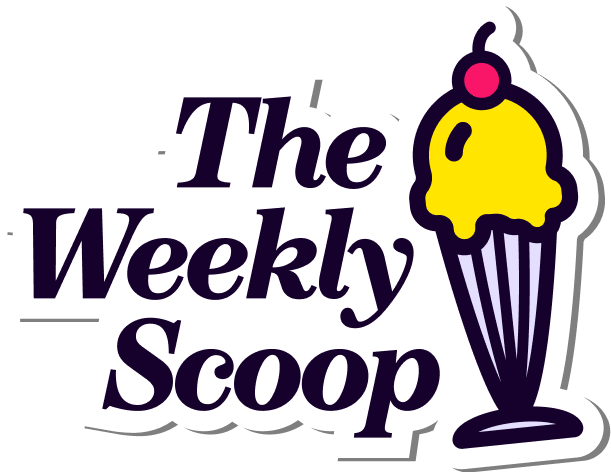